Story courtesy of North West Parks Board. Thank you for this wonderful initiative!

Situation at the moment: Pilanesberg Anti poaching awareness campaign for community members of Mabele -a -Pudi situated 15km from the reserve. This is a joint operation between NWPB and SAPS to create awareness about the plight of rhino poaching and public role in assisting government to catch the perpetrators.

This is a follow up action of the Rhino Summit held last year,where stakeholders pledged to form ties to save the rhino species. Today’s event is the first of the to follow awareness campaigns to be held by Parks Board and SAPS in the Province.

“All hands on deck to save the rhino” 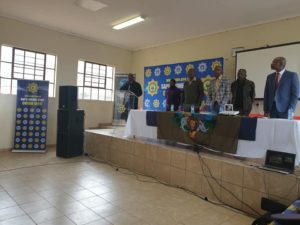 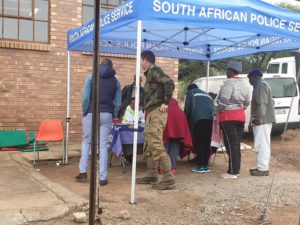 PWT needs your support for additional funding our ongoing projects – for the betterment of the Park for all its visitors, including you!